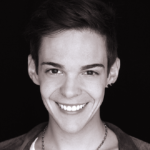 CHRIS WACUP is a German DJ and producer from Frankfurt, whose genre includes electro, trap, dubstep and house. In 2012 the public radiostation YOU FM started to show interest and he is now the resident DJ for their events and has his own show called ‚Press Play‘ on a saturday evening.

2013 Chris produced a track called ‚Feel Deep Inside‘ which was top 20 for 5 weeks in the international DJ charts. Since then Chris has international bookings and plays at the biggest festivals in Germany like BigCityBeats WORLD CLUB DOME, Nature One, Ruhr in Love, UTOPIA Island and New Horizons Festival.