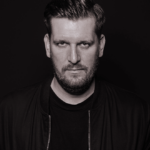 Born in ´91, Max Bering is part of a very special generation, one that defines its sound by much more than just the usual commercially viable trends. His style is that of a music lover, someone who stood in front of the decks for as long as he can think and made his way behind them to tweak and define the music in his own way. His style has now reached the entire country, with shows in the pulsating capital Berlin at the renown MAGDAlena Bar, where he won the Young Artist Award in 2013, over to the world’s number 8 club aka number 1 club in germany (according to DJ Mag) Bootshaus in the heart of Germany, Cologne.

While having conquered his home town Bochum, with a residency at one of the towns most popular locations, the word is spreading fast and shows in Germany’s south and Switzerland are currently being locked down. Add to this his soon to be released debut in the world of production and you have the complete package.