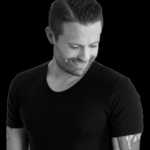 Tom Franke aka DJ TOM, global travelling DJ, producer & remixer, Labelowner, Event Manager, founder of Germanys biggest Electronic Radio Show „Tronic Love“ on Major Radio Station bigFM and producer of „Everyone loves Ibiza“ on Ibiza WhiteFM radio.. Looks back on a 13 years successfull DJ Career. He started professionell Djing in 2000. At this time he was germanys youngest Label Owner and on the Top of the international Dance Market with his massive Techno/Trance Label Beatz only. The tracks have been licensed to millions of Compilation Copies all over the world. TOM played shows in more then 25 diffrent countries on every continent of this world.

He was booked by worlds biggest Dance Companies and Raves like Godskitchen, Gatecrusher, Ministry of Sound, Slinky, Nature One, Love Parade, Street Parade, Sonne Mond Sterne etc. Tom lives to rock dance-floors worldwide. A consumate showman, Tom’s totally entertaining „on stage“ & „in-booth“ antic’s set him well apart from the shoegazers & trainspotters. As a total professional this never however prevents him from seamless mixes & an uncanny ability to keep an eye on crowd reading & mood-shifting. Tom’s abilities speak for themselves with the large majority of his shows resulting in return bookings & together with his impressive label & production history is generating a growing fanbase in those territories & cities. More then 75 Single releases around the world, Top 5 Album Entries in the American Billboard Album Charts, Number 1 hits in major dance charts.
TOM is well known for his House sound. From Deep to Tech.

With his last single releases TOM celebrates hughes success all over the globe. The tracks licensed to many countries including Labels like Royal Flush in France, Gallo In South Africa Spinning in Benelux etc.

Tom played every continent – was 2 years Resident Dj of NYC leading Nightclub Webster Hall, did more then 100 Album and Single releases world wide ! So to much to say …watch his shows!